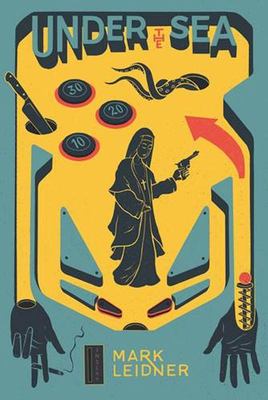 A collection of stories that focus on love, lost love, death, the absurdity of the human condition, relationships, and beauty. There is also a story about insects that is more human than most D.H. Lawrence. Mark Leidner's fiction is deeply infused with poetry, but never turns purple.

"Let's see how merciful you really are," she mutters to God, then with shaky hands she points the gun at her own chest and pulls the trigger. The blast spins her around twice and she falls limp crossways over the soldier, gushing blood all over his body from a hole over her heart. The impact of her fall, however, wakes the man from his unconscious slumber. He sees her face tilted just above his. He looks up into her eyes. Her eyes grow wide. She's ecstatic that he's alive, but horrified that she's about to die. He tries to mouth something, but he can't because she's crushing his lungs. She tries to roll off of him, but she's lost so much blood that she's too weak to roll very far, and she only rolls a few inches. The wound on her heart is bleeding onto his face. He's blinking and choking on her blood while despairing, not at his own pain, but at how awfully she has been hurt. "We should have just broken up," the man finally manages to say, coughing and spitting between gulps of blood. "I know," says the woman.

Mark Leidner is a poet. He also writes fiction and screenplays. He lives in Oregon.